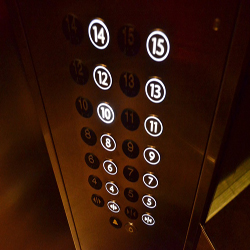 [Raaz] Have you ever posted a picture on social media only to instantly regret it? Yeah, well, it happens to the best of us… even momagers, like Tina Knowles.

“After the überglam Met Gala in May 2014, Solange was caught on security tapes going postal on Jay Z in an elevator at the Standard Hotel, allegedly because he had stepped out on her sister. In the footage, Solange could be seen lashing at the rapper as a bodyguard tried to hold her back. (In other words, it was not her finest moment.)”

Talk about a major “Before-And-After” picture, right? Momma Knowles did the right thing because that would have made for a suuuuuper awkward Thanksgiving this year.