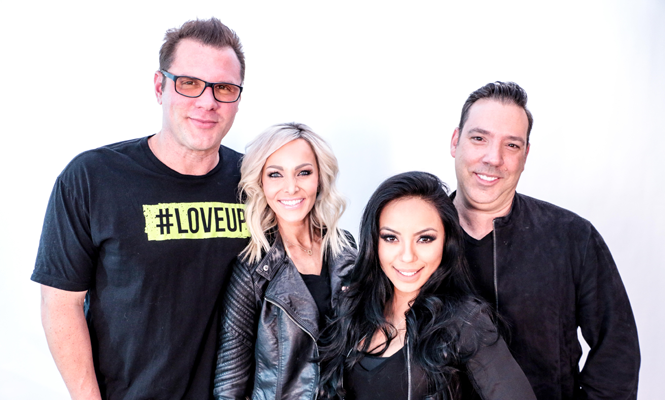 As a child, Johnjay Van Es always dreamed of being on the radio. He applied for an internship in San Diego and eventually started working in sales but he never let go of his lifelong dream to be on the air. It wasn’t until 1996, after training with the LA-based improv troupe The Groundlings that he would get his first on-air job hosting a morning show in Cincinnati. After just three months on the air, he won the “Best of Cincinnati” award. After years of dominating the market in Cincinnati, Johnjay moved on to Houston, Texas and made his mark in the Country format.

A St. Louis native, Rich Berra was captivated by radio at 14 during an afternoon bike ride. After stumbling upon a small local station, he’d found his calling in the studio and jumped on board as a part-time employee. By the time he was 17, Rich was running the entire station, while also working a part-time gig that kicked off his career in morning radio. A chance meeting in New Orleans found Rich teaming up with Johnjay. The beginning of The Johnjay and Rich era began in 2001 with their first show airing in Tucson. In 2006, the program moved to Phoenix.

Joined on-air by Kyle, the show is a special brand of “reality radio,” in which listeners become an engaged and integral part of the program by interacting with the crew via all forms of social media – Instagram, Snapchat, Twitter, Facebook, email and text messaging. Airing Monday through Friday from 5 to 10 a.m., The Johnjay & Rich Show is a non-stop blend of pop culture, news and events, welcoming a wide range of music artists, news makers and celebrities.