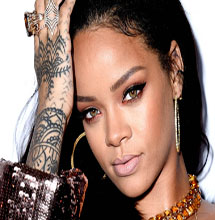 [Raaz] Two of my favorite artists are fueling relationship rumors with their closer-than-working-on-a-music-collab posts.

Look who rolled up to my show tonight to say hi!! @champagnepapi #lovehim #jlovegas #ALLIHAVE

Their posts seemed to have ruffled the feathers of Riri, a longtime friend of Jenny from the Block. She once said JLo a pair of booties, which JLo later wore in a music video as a sign of friendship.

That may no longer be the case. According to Instagram lovers, Rihanna apparently un-followed JLo on the social media site.

JLo, in the mean time, is posting cuddly pictures with Drake but has a pic of her ex-husband in her profile picture. HOT MESS.